I don't remember exactly how I heard about this book but it immediately caught my attention when I heard that it suggests productivity tricks based on the use of to-do lists. I was and still am a great fan of lists: they really helped me to untangle the huge mass of tasks and problems I have dealt with in the last ten years. I'm using lists for almost everything, including when I'm preparing the luggage for a trip.

I must admit that the author's method is quite interesting and effective. To say that it is simply based on lists is a huge understatement. David Allen proposes a process to deal with everyday's activities in which for every task that must be faced a "next action" is defined. Lists and calendars serve for keeping the mind free, instead of trying to maintain schedules, appointments, deadlines, notes and things to do all in one's memory.

Most of the advices proposed in Getting things done are purely based on common sense, but they are strangely often forgotten or dismissed, especially in work environments.
I've learnt some interesting few tricks from this book. Three are worth mentioning here, that is: the 2 minutes rule (if you need less than 2 minutes to do something don't defer it and do it now), the importance of always identifying a next action for each task and defining in meetings a clear purpose at the beginning and a list of actions (and responsibilities) at the end.

The book has been initially published in 2001 and there isn't much emphasis on the exploitation of technology (besides some random mentions of PDAs - that was way before smartphones! - and personal productivity features of desktop softwares like Outlook or Lotus Notes). This should not be considered detrimental of the book: its value is in the process, not in the suggested (low tech) implementation.

Despite these good things there are also some annoying facts about Getting things done. To start with, its messianic style, the constantly repeated mantra that your life can deeply change if you follow the advices of this book. Moreover while the method can really apply to everyone (and, to say the truth, this is often repeated throughout the pages) the examples in Getting things done refer always to a vip audience. All this gives the impression that David Allen is constantly promoting his activity as a consultant: this is legit of course, but it is sincerely annoying to get this feeling in a book you've bought.

Finally, despite the book is not very long, often concepts are repeated over and over again. You could actually get the same value from it even if it had 40% less pages.

Despite these flaws I deeply suggest the reading of Getting things done to those who feel in trouble to keep the pace of business and personal events. I honestly learnt some useful strategies here, which at the end is the only thing that matters in a book like this.

I love reading: this is a thing in the family, since between my wife, our 10 years old son and me our house is really flooded with books.

I enjoyed keeping track of the books I read, both in paper and electronic form, but I never liked to mix my leisure time with my professional reading. Therefore even at home I try to keep separate my technical bookshelf (My nerdy bookshelf) with the other (huge…) ones used to store everything, from gothic novels to italian thriller, from art books to comics.

I enjoy using Anobii to keep track of the “leisure time” books I read and buy, but, for what I’ve said before, I don’t feel like using it for my nerdy reading as well. At the same time, I do really feel the need to write some comments after I’ve read a professional book. That’s why I fancied about reactivating this very neglected blog to start the My Nerdy Bookshelf series of posts. Here I’ll report comments for the technical books I read, mostly related to my present IT profession of Project Manager and Software Architect (Ok, let’s also add Entrepreneur, since I’m an associate of Net7 srl).

I’m going to write these posts mostly for myself and of course if they can be valuable for others I’ll be more than happy. At the same time it’s going to be a personal thing, not a “professional” blogger activity. I’ll report my personal impressions, with humility and honesty: my 2 cents, hopefully with attitude! 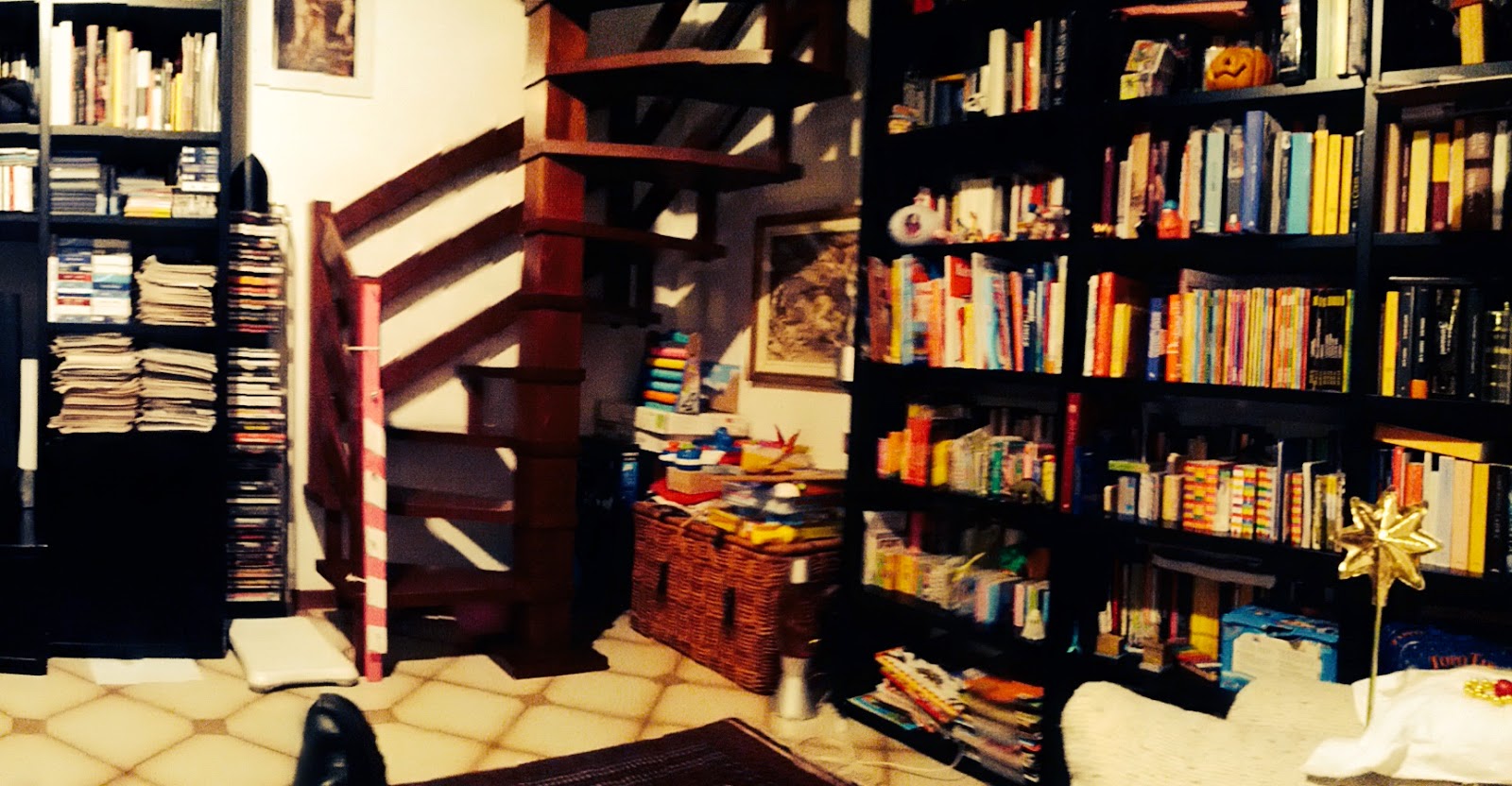